Section 11(1) of the Online RTI Act provides as follows:

How to interpret Third Party Clause 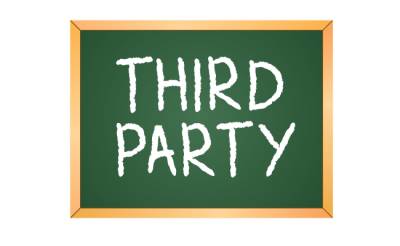 In this regard, it may be worthwhile to note the observations of Muralidhar, J. of the High Court of Delhi in Arvind Kejriwal v. CPIO W. P. (C) 6614/2008 and C. M. Appl. No. 12685/2008, W. P. (C) 8999/2008 and C. M. Appl. No. 7517/2008, W. P. (C) 8407/2009 and C. M. Appl. 5286/2009 decided on 30/07/2010, in Paragraph 21, which are as follows: “…It requires to be noticed that under the RTI Act information that is totally exempt from disclosure has been listed out in Section 8. The concept of privacy is incorporated in Section 8(1)(j) of the RTI Act. This provision would be a defense available to a person about whom information is being sought. Such defense could be taken by a third party in a proceeding under Section 11(1) when upon being issued notice such third party might want to resist disclosure on the grounds of privacy. This is a valuable right of a third party that encapsulates the principle of natural justice inasmuch as the statute mandates that there cannot be a disclosure of information pertaining to or which ‘relates’ to such third party without affording such third party an opportunity of being heard on whether such disclosure should be ordered. This is a procedural safeguard that has been inserted in the RTI Act to balance the rights of privacy and the public interest involved in disclosure of such information. Whether one should trump the other is ultimately for the information officer to decide in the facts of a give case.”

The Public Information Officer will have to consider the following:

PIO uses Section 11 when he intends to provide information and not deny it:

“The PIO is expected to follow the procedure of Section 11 when he “intends to disclose any information or record”. This means that the PIO has come to the conclusion that the information is not exempt as per the provisions of the RTI Act.”

Section 11 gives only an 'opportunity' to the third party to voice its objections to disclosing information:

“Section 11 (1) clearly states that submission of third party shall be kept in view while taking a decision about disclosure of information.”

The PIO will weigh the situation and make his own decision:

“The PIO will keep these in mind and denial of information can only be on the basis of exemption under Section 8 (1) of the RTI Act. As per Section 11 (3), the PIO has to determine the whether the information is exempt or not and inform the appellant and the third party of his decision. If the third party wishes to appeal against the decision of the PIO, he can file an appeal under Section 19 of the Act as per the provision of Section 11 (4).”

The third party's denial cannot be the last word:

PIO can take the shelter of Section 8 (1) (j) for declining information only if it is a purely personal information.

States Mr Gandhi's order: “To qualify for this exemption the information must satisfy the following criteria: 1. It must be personal information… In common language we would ascribe the adjective 'personal' to an attribute which applies to an individual and not to an institution or a corporate. From this it flows that 'personal' cannot be related to institutions, organisations or corporates. Hence Section 8 (1) (j) cannot be applied when the information concerns institutions, organisations or corporates.”

What is Public Activities performed by Public Authorities?

Citizen's right to information is given priority with regard to privacy:

“The Supreme Court of India has ruled that citizens have a right to know about charges against candidates for elections as well as details of their assets, since they desire to offer themselves for public service. It is obvious then that those who are public servants cannot claim exemption from disclosure of charges against them or details of their assets. Given our dismal record of mis-governance and rampant corruption which colludes to deny citizens their essential rights and dignity, it is in the fitness of things that the citizen's right to information is given greater primacy with regard to privacy.” In extraordinary situations there are other laws which apply to secure privacy of information: “We can also look at this from another aspect. The State has no right to invade the privacy of an individual. There are some extraordinary situations where the State may be allowed to invade the privacy of a citizen. In those circumstances special provisions of the law apply; usually with certain safeguards. Therefore where the State routinely obtains information from citizens, this information is in relationship to a public activity and will not be an intrusion on privacy. ”

What does exemption of information under Section 8(1) (j) of the RTI Act mean?

Under Section 8 (1) (j) information which has been exempted is defined as: “information which relates to personal information the disclosure of which has no relationship to any public activity or interest, or which would cause unwarranted invasion of the privacy of the individual unless the Central Public Information Officer or the State Public Information Officer or the appellate authority, as the case may be, is satisfied that the larger public interest justifies the disclosure of such information” (Reference: Third party clause of the RTI Act: Should denial of information be accepted by the PIO?- MoneyLife

Is another Public authority third party under RTI Act